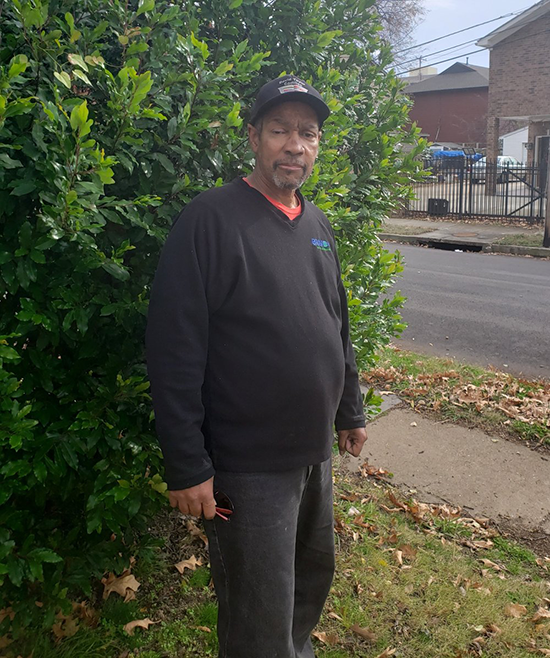 “They’re a godsend. The staff and advocates are outstanding. They see to your needs.”

Mr. Theddy Wilkes has been a Promise client since 2014. Before receiving the keys to his new apartment at Merriwether and Poplar back then, he remembers how hard it was to obtain housing as a person classified as homeless.

“If I didn’t find a place, I was going to continue to stay at the Union Mission,” said Wilkes who was then dependent on the Day Pass program at the Mission in Memphis, TN for a place to stay. He wasn’t sure how long his opportunities with the Day Pass would last.

When he first heard about the Promise program through a friend while at the Crisis Center, he knew he had to jump at the chance to secure housing of his own. Wilkes proceeded to work through a social worker who helped him fill out an application. A month later, his prayers were answered.

“When they finished evaluating my situation, they said it was a good chance [for me] but it would take a while,” said Wilkes. who didn’t mind the wait if it meant he could solve his housing situation. He recalled being tired of bouncing around different homeless shelters — he was ready to find a place called HOME.

What he fondly remembers most is how accommodating and caring the Promise Housing Advocate was to him. He said it made him feel like he truly mattered. “I’ve had three housing advocates since I’ve been in this program, and all three were outstanding. They checked on me and made sure everything was alright,” Wilkes said.

He is also pleased to know that Promise works with women and children and whole communities.

“For me, Promise saved my life.”
– Theddy Wilkes

This website uses cookies to improve your experience while you navigate through the website. Out of these cookies, the cookies that are categorized as necessary are stored on your browser as they are essential for the working of basic functionalities of the website. We also use third-party cookies that help us analyze and understand how you use this website. These cookies will be stored in your browser only with your consent. You also have the option to opt-out of these cookies. But opting out of some of these cookies may have an effect on your browsing experience.
Necessary Always Enabled
Necessary cookies are absolutely essential for the website to function properly. This category only includes cookies that ensures basic functionalities and security features of the website. These cookies do not store any personal information.
Non-necessary
Any cookies that may not be particularly necessary for the website to function and is used specifically to collect user personal data via analytics, ads, other embedded contents are termed as non-necessary cookies. It is mandatory to procure user consent prior to running these cookies on your website.
SAVE & ACCEPT